The aim of this study was to investigate if persons with an electrical injury suffer from mental disorders in the following years.

In a prospective matched cohort design, we identified 14.112 electrical injuries in two Danish registries and matched these with persons with dislocation/sprain injuries or eye injuries, respectively, as well as with persons from the workforce from the same occupation, using year of injury, sex and age as matching variables. We identified possible outcomes in terms of mental diagnoses in the Danish National Patient registry, based on literature, including reviews, original studies and case-reports as well as experiences from clinical praxis. The associations were analyzed using conditional cox- and logistic regression.

We found that the following of the examined outcomes were associated with exposure to an electrical injury compared to the matched controls. Some of the outcomes showed the strongest associations shortly after the injury, namely ‘mental disorders due to known physiological condition’, ‘anxiety and adjustment disorders’, and especially the ‘Post Traumatic Stress Disorder (PTSD)’ subgroup. The same pattern was seen for ‘Depression’ although the associations were weaker. Other conditions took time to develop (‘Somatoform disorders’), or were only present in the time to event analysis (‘other non-psychotic mental disorders’ and ‘sleep disorders’). The findings were consistent in all three matches, with the highest risk estimates in the occupation match.

Electrical injuries may result in mental disorders, both acute and several years after. However, the absolute risk is limited as most of the outcomes are rare.

Exposure to electrical current may cause injury with both mental and physiological consequences. This may lead to increased contacts with general practitioners (GP) and the injured person may develop reduced ability to work. 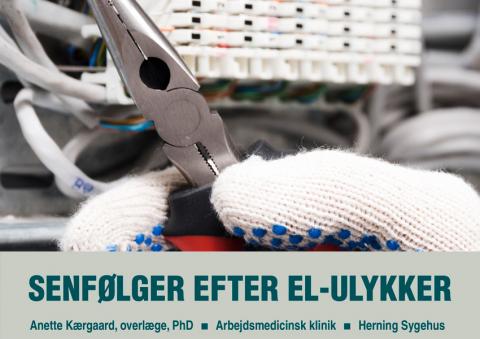